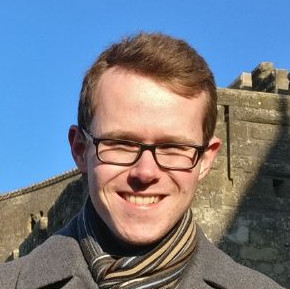 I'm Charlie. In 2014 I graduated with a BEng in Computing from Imperial College London. Since then I've been based in Bath, where I work for Netcraft. I am a guest lecturer of Imperial's Network and Web Security course. My technical interests tend to be security-based; I'm currently most excited by TLS and PKI, web security, Linux system administration, cryptocurrencies, and Tor. My final year university project used client-side scripting to assess the security of web browser implementations, and was later published at ISSTA 2015. I'm a Linux/Vim kind of guy, my shell is bash, and xmonad and mutt are two of my favourite things.

I study the German language in my free time, with the vague hope of moving there at some point in the future. As a fan of live music and comedy I spend large portions of my summers at festivals, which I often attend as an Oxfam volunteer. I'm a keen skiier and also enjoy football, badminton and darts. I play chess at club level, where I once had the opportunity to play against grandmaster Nigel Short.

I enjoy fantasy football and board games, as well as building various hobby projects related to these. I've tinkered with electronics for as long as I've been programming; my most notable project is a robot that plays Guitar Hero perfectly on an Xbox 360.

The best way to contact me is by email; my address is me@ this domain. My public key for PGP-like systems is available for download.